You are here: Home / Duty Stations / Living in Korea

My next guest poster is Megan who blogs at Megan Dub-Yuh.  She is an Army wife & Math teacher living in Korea right now. Thanks so much for the post Megan!

We have lived in Korea for a year now.  Adam had been here a year before that,  unaccompanied.  We were drawn to the promise of 2 full years together without that big D word looming over our heads after Adam was sent here to heal from a broken ankle he received while training for the big D to Iraq.  (I am very grateful for that rod and 6 screws in his leg.)

It has been a new challenge almost daily to live in country whose culture is so different from our own.  It can be very frustrating at times but when all is said and done my husband comes home at night and almost works regular hours (with the exception of a few TDYs).  When put in to that perspective I will deal with any cultural or language frustration.

When I began thinking about this post on what it is like to be stationed in Korea I began thinking about posts I have already made.  {If you would like to read any of them check out posts under the label Korea.  It has been pretty entertaining at times.}  But in the end I have decided to poll my followers on Twitter and see what they wanted to know about being stationed here.  Below are those questions and my answers to them (most of the answers apply to my experience with our location and the Army).

How hard is it to bring animals over?
It is a challenge but not impossible.  We have three yorkies and we decided to not bring them but left them with my parents.  When deciding whether we were going to bring them we took a few things in to consideration: housing, travel, and vet services.

Even though Adam was here already they wouldn’t let him get housing for the both of us until I was physically in the country.  I was coming in during the peak time for PCS and so we didn’t know if we would be living on post (where they have very strict animal noise regulations), in an apartment off post or what.  There was no telling if we would be able to find a place that was three yorkie friendly.  Also, there are no yards anywhere in Korea so if you have a pet that requires one don’t bring them.  Most Koreans, that do have pets, have small dogs since most Koreans live in apartments.

I was flying here via a 20 hour commercial flight.  The thought of taking my babies on that was overwhelming plus they only allow one dog per person in the cabin.
Finally, the vet services on post weren’t well established when we started to plan our move here.  They have become more established since getting here but we would probably have had to try and find an English speaking Korean vet regardless.
Lastly, if there is to be a civilian evacuation there are many regulations and very specific things you have to have done in order for you to get your pet evacuated.  They will be evacuated at a lower priority than you and your stuff so once you leave them in the pet area you won’t know about them again for a while.  More stress I wouldn’t want to deal with in the event of an evacuation.

Is it hard for the spouse to find a job?
Yes, it is very hard.  They do not have jobs for spouses on post and any jobs available that you may be qualified for are given first priority to Koreans because of the agreement we have with their country.  Korea has a ridiculously high unemployment rate and to get a job on post is amazing for them.  Before you get upset at this discrimination just keep in mind they will live here in this country that it is impossible to get a job in even if with a specialized degree and you are here temporarily.  Working off post will require you to get special work permissions added to your Visa and if it is a job that a Korean can do, again, they probably will deny you the permission.

How is the TriCare system there? Dentists?
There is a medical shortage here and it takes FOREVER to get an appointment on post and they only book two weeks out so hopefully whatever time they have available works for you else you will have to call back over and over again.  They also have very little equipment on post and if you have to have any tests done they probably will send you off to a Korean partner hospital, which is a whole new experience (not necessarily bad) of its own.
Once you get an appointment or if you have to go to the after-hours care clinic (ER) then you will have a short waiting room wait and very friendly, efficient service.
As for the dentists, I’m ashamed to say that I have yet to figure out how to make a dentist appointment.  It seems to be very convoluted and everyone I talk to tell me a different thing.

Are the locals friendly toward military families?
We have not encountered any animosity towards us.  If anything the woman are always telling Adam how handsome he is even if I am standing right there.  They also like to dig in your shopping cart if you are at their grocery stores.  They are just super curious to see non-Koreans most of the time.  In fact, a friend of mine had an old man tell her that although he had seen it on tv he didn’t believe people really had round eyes.

What size are the houses on base/post and off post? Will a kingsize bed fit?
The houses are super small.  Korea is a very crammed place and the people are generally pretty efficient and Spartan.  But if you think about it the country has a population of about 49 million people in the size of the state of Kentucky.  So, when trying to figure out what to have the packers send to your new home in Korea go with the bare minimum.  We lucked out and got a larger than average home outside the city we live in.  They have super small closets, cabinets, etc.  We brought a lot more than we needed and if we had moved in to the apartment that we originally thought we were going to then we wouldn’t have had enough room (we only brought about 1/3 of our HHG from our 2000 sq ft home in Texas).  As for a king size bed the answer is yes but there may not be any room for anything else in your bedroom if you do.

Is the water potable, or should you drink bottled water?
The tap water is safe to drink but it isn’t recommended.  It is full of extra minerals that we were told have caused Americans to have allergic reactions.  We cook with and bathe in it with no problem but for drinking we have a water filtration system that our land lords installed and that we pay about $20 a month to have.  It is serviced by a funny little lady every 3 months.  It also has instant hot water which is awesome.  I want one when we get back to the States.

How expensive is it to take vacations (not CONUS) to other countries?
To travel to other countries in Asia is pretty inexpensive.  Since you are so much closer the airfares are cheaper.  One thing to keep in mind is that many countries require for Americans to have Visas purchased and approved before traveling.  Some of these Visas are expensive (China is about $200 a person).

Traveling within Korea is infinite and also very cheap especially if you can stay on one of the many military installations throughout the peninsula or off the beaten tourist path.  There is relatively low crime here.  There is occasional pick-pockets, etc, in the touristy areas of the big cities but you really don’t have too much to worry about.  If you decide to stay in one of the “love” hotels which can be nice, inexpensive accommodations you could see human trafficking, which is a very real problem here.  So, just be careful.

Is it worth shipping your car over or should you buy one there?
Yes, it is worth shipping your car over here.  Cars are very expensive unless you can get one of the many OLD beaters on post, which if you need a second car you will have to do that.  Traveling by car is a lot more convenient than traveling by the vast public transportation systems that are available here and all of the signs are in Korea.  If you do drive in Korea you should definitely invest in an English-speaking GPS, it is well worth the money.  Driving here is a lot like playing Grand Theft Auto and you are guaranteed to get lost or miss your turn many times. 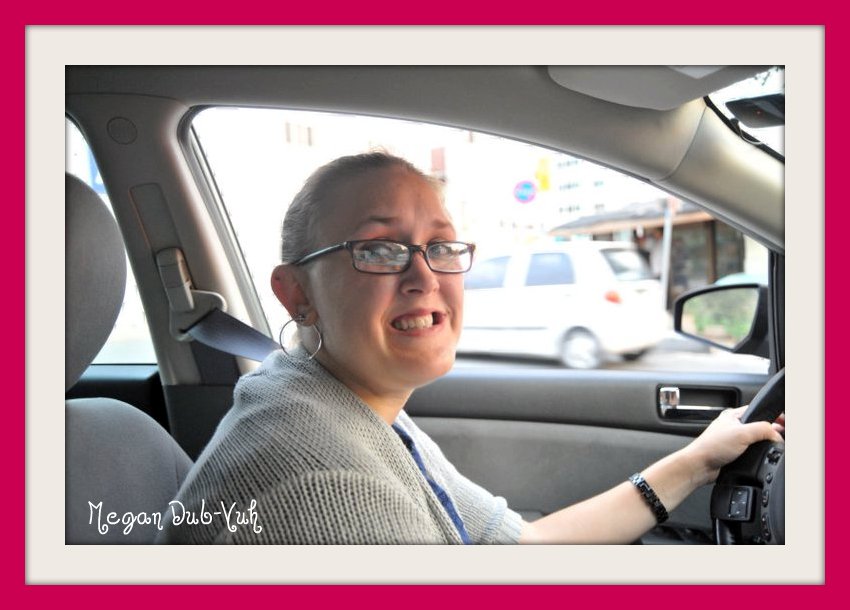 What are no-nos in Korean culture that are fine in American?
For more information check out the book Rude American, Rude Korean.