You are here: Home / The Kitchen Movie Review

The Kitchen was written and directed by Andrea Berloff, starring Melissa McCarthy, Tiffany Haddish, and Elisabeth Moss. The movie is based on the Vertigo comic book with the same name by Ollie Masters and Ming Doyle.

The story is about three Irish mob wives, living in late 1970s Hell’s Kitchen in New York City. They have to take over when their husbands end up getting arrested by the FBI.

I went into this moving only really knowing that it stared some of my favorite actresses and was about mob wives in the 1970s. After I watched the movie, I saw so much more than just that.

The Kitchen was not only about how the women stepped up after their husbands were put away, but about how women have to figure out how to make it in a very male-centered culture. They have to do what is right for them, even if it hasn’t been done before. There are also some storylines having to do with race, as one of the women is a woman of color.

I first got to know Melissa McCarthy as Sookie in the Gilmore Girls. She played a very comedic role and went one to do the same in other fun movies such as Bridesmaids, Identity Theif, and more recently, Life of the Party. I have been so used to her being funny, but she can also pull off a dramatic role.

I watched her in Can You Ever Forgive Me, and now The Kitchen and I feel as if she can carry these types of roles. She is believable and I enjoy her in dramatic roles, just as much as her comedic ones. 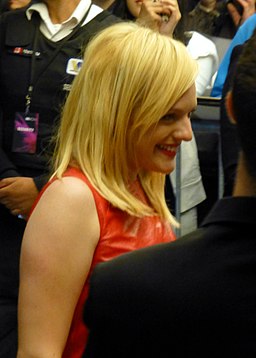 I first got to know Elisabeth Moss in the West Wing, playing President Bartlett’s daughter. She then went on to play Peggy in Mad Men, and now June in the Handmaid’s Tale. I have loved watching her career grow and she brought some pretty amazing acting skills to her character in The Kitchen.

I am not super familiar with Tiffany Haddish, but she did the voice of Debbie in Angry Birds 2, and Daisy in The Secret Life of Pets 2. I enjoyed her in the role, and the message she was sending based on who the character was and who the character wanted to be.

In supporting roles, you can find Domhnall Gleeson, Brian d’Arcy James, Margo Martindale, and Common. All the supporting characters brought things together and made the story more believable.

The setting, 1978-1979 NYC’s Hell’s Kitchen worked for me. Granted, I have never been there, and I don’t remember the 70s (was only alive for 11 months of them,) but it seems like they did a good job of making us believe we were really there. And there is just something about 1970s fashion I love to watch!

Fun fact, this is actually a DC movie. I had no idea this was based on a comic when I first saw the movie. The Kitchen is the first rated R live-action DC movie, according to IMBD. Joker, which comes out in a few months, will be the 2nd.

There is some violence in this movie, so if you are squeamish, The Kitchen might not be the best movie to watch. That being said, it pretty much fits the story and some of it is happening off-screen, even though you know what is going on.